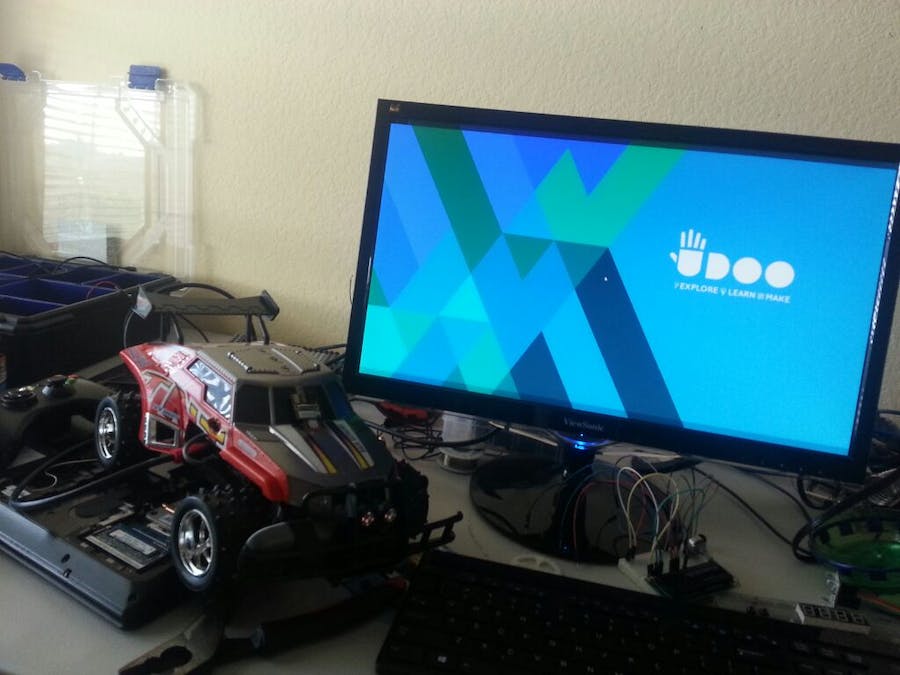 Hey did you ever want to build your own custom Rc-Car, but it was complicated, What was the motor-controller going to be? What would control that? what would power that? what would send a signal to that? Eventually reaching the end you know what you want to get but don't know where to start programming. Well i was practically on the same boat, here is a tutorial which will go through almost every step of the way to build yourself a UDOO controlled RC car.

A RC Car programmed in Arduino, Python, and terminal

As said above at least 7 batteries are needed, so if not on Rc already add a generic 2 AA battery holder and connect it to the other batteries in a Series Circuit not parallel

If you don't want an IP camera you are done just skip this part and screw on the top of your RC car, By the way (not in the photos) add a switch to the batteries so you can turn your car of and on

Make sure everything is plugged in

Other packages will be needed to install these packages 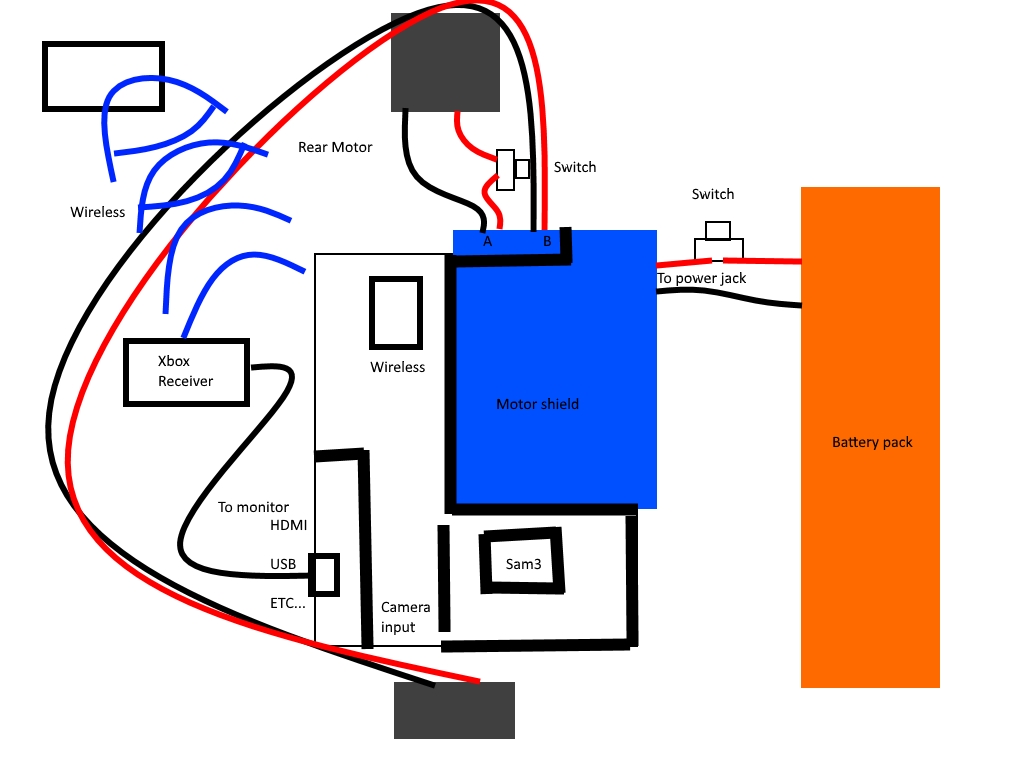 3 projects • 76 followers
I am a Full Stack/Deep Learning developer who likes to work on any kind of project that comes to mind.
ContactContact
Thanks to Ingo Runke and Martin O'Hanlon.